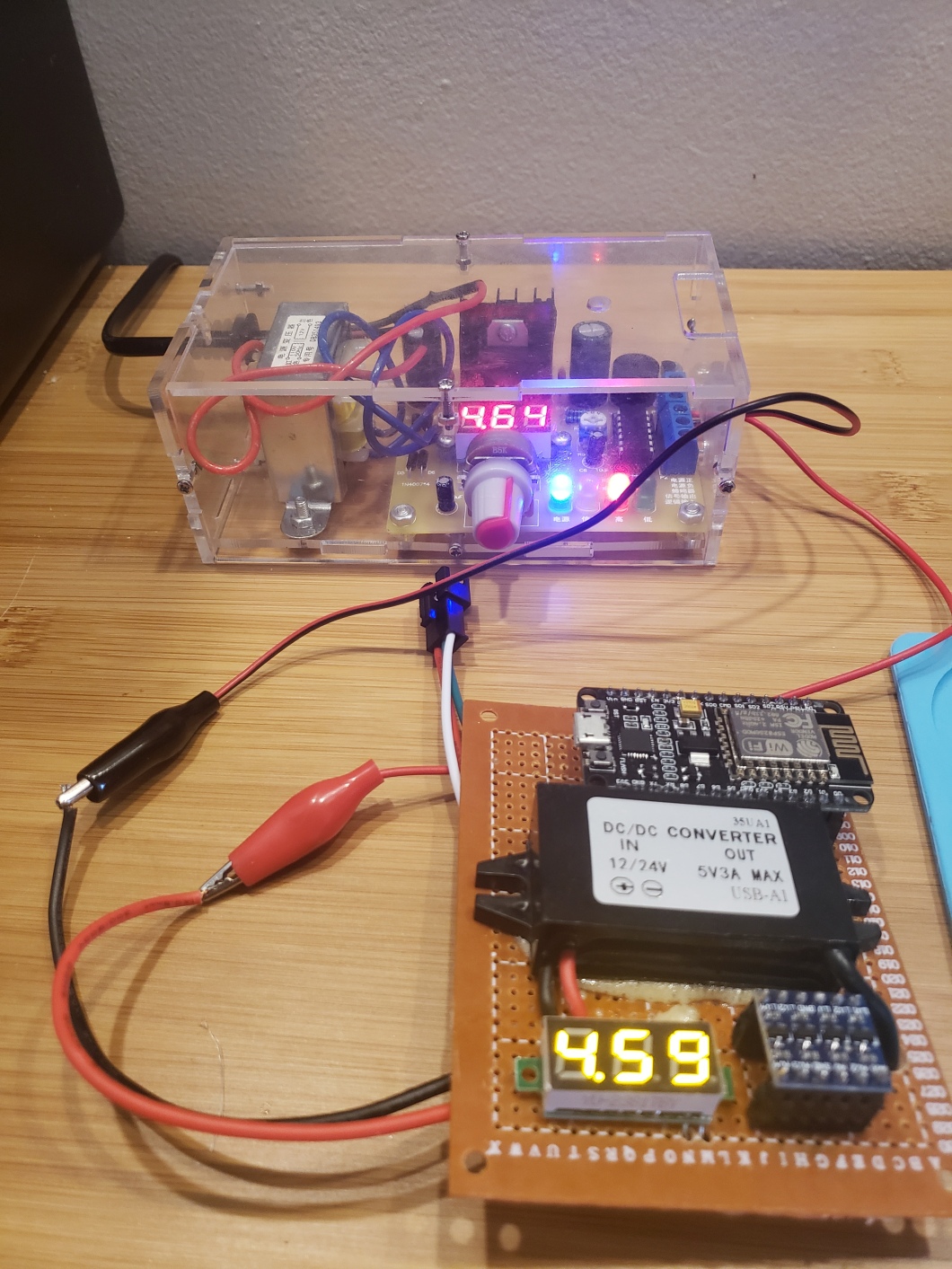 An adjustable power supply is one of the most important pieces of equipment I can recommend for an electronics workshop. A good one can be used to power pretty much anything you throw at it and its an invaluable tool for diagnosing faulty parts and testing the power limits of things like resistors, LEDs and capacitors. The one that I’ve been using at work is made by BK Precision and while I don’t know exactly which model it is, I know for a fact that it costs at bare minimum 500$ and on top of that, the company calls in technicians every so often just to test and calibrate the precision of the equipment. My home workshop isn’t anywhere near as well equipped but I’ve been looking into getting something similar of my own which is how I found this little guy for less than 20 bucks.

My first instinct about a kit like this was that there was no way it’d work and even if it did I wouldn’t have enough confidence in its safety and consistency to ever risk using it. These are definitely realistic concerns, but as it turns out its a non-issue because the maximum output is something like 13 volts at approximately 0.2 amps which makes it completely harmless to people. Unfortunately this also makes it incapable of powering anything with a higher power draw than 2 watts which negates most of the reasons why you’d want an adjustable power supply in the first place. However, I’ve still found uses for it in my workshop as a means of powering/testing electronic components with low power draw such as LEDs which has proven to be extremely useful for my LED cubes. I’ve also found it to be rather handy for testing out my multimeter which gives me confidence that I’m not using the wrong setting by mistake.

Usefulness aside, the true value of a kit like this is as a learning device that will teach you about electronics. The kit includes dozens of different components and a custom PCB with diagrams and labels silk screened to it for added comprehensiveness. The sheer variety of components makes this kit a much better learning experience than most of my other projects even though it’ll only take less than an hour to figure out and assemble and since its reasonably priced there isn’t very much at stake if you accidentally short something out. I’d personally recommend the kit to someone looking to get into the hobby but also understands the potential danger of electricity. The device does include an AC wall plug which needs to be soldered up to a transformer which makes me hesitant to let a complete novice or child take a crack at it, but the kit does everything it can to be safe as it includes heat shrink and an acrylic case. Just make sure its unplugged while you work on it and keep it away from anyone too young to use a soldering iron in the first place.